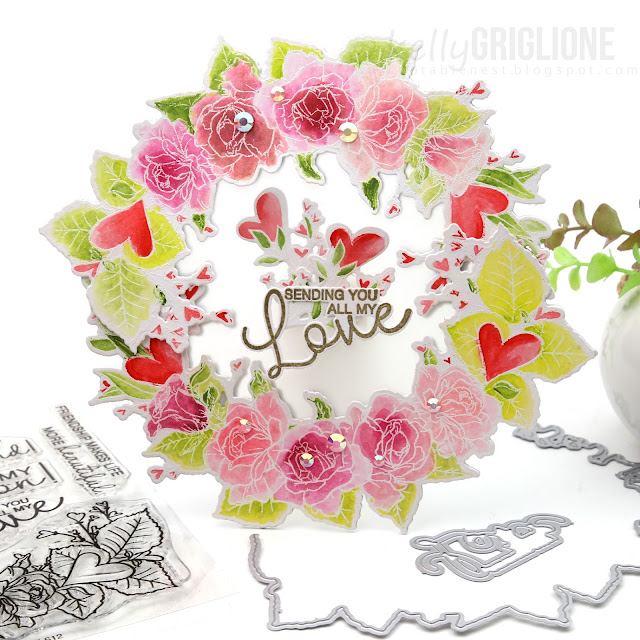 Hello Friends! Exciting news, there's a brand new line debuting at Colorado Craft Company today! Kris Laurent of Pretty Little Lines has illustrated several new stamp sets with coordinating dies. I think you are going to love her style ... cute but not overly cutsey. And lots of florals. Here's one of the sets, Best Friends Forever. 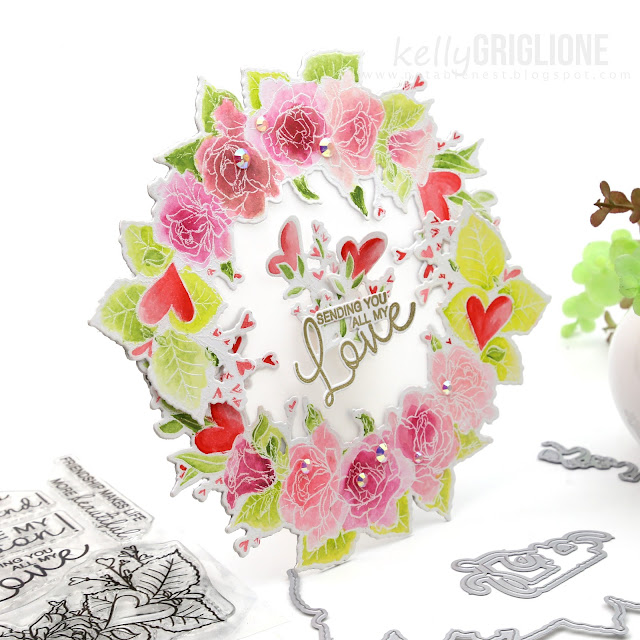 I have a circular piece of vellum in the middle of the wreath, with the little heart sprigs and die cut sentiment adhered on. Love using the smaller coordinating pieces in a set, like these heart sprigs. 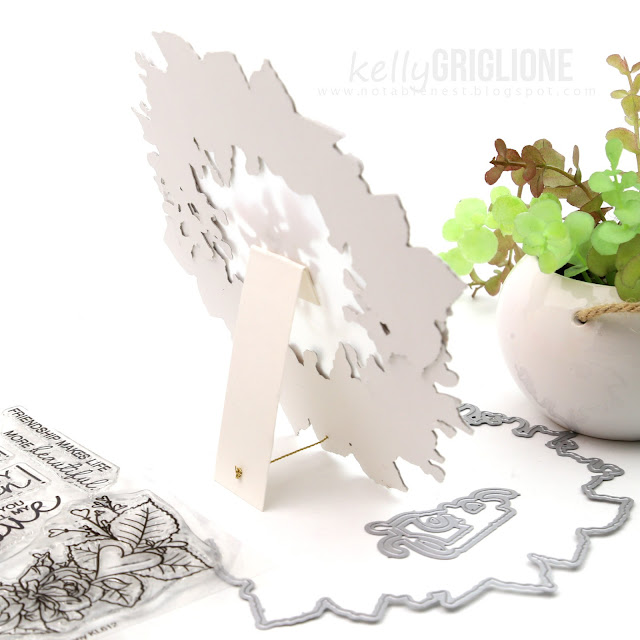 Here's a quick peek at the back. I cut another layer of the florals in cardstock to make the wreath more stable. The tab on the stand is adhered behind the sentiment area so it's not visible from the front. I kept the stand from sliding down by running some gold thread through a hole I punched and knotted the end. It's a cute and easy-to-do detail. 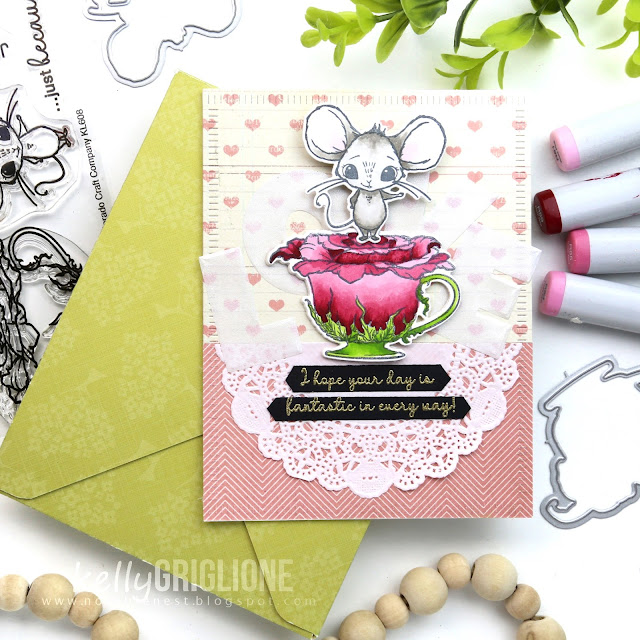 Another adorable set is the Teacup and Mice Stamps. This set has three different mice who can interact with three different teacup/flowers. I love this little guy's expression. It really looks like he's saying whatever sentiment you're going to put on your card. This sentiment is included in the set. 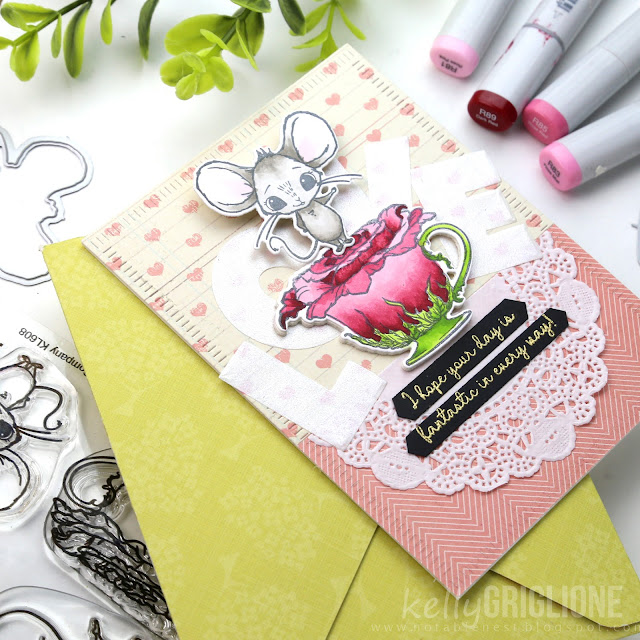 My kids alwasy save me the little doillies that restaurants put underneath their cups (so cute) and I've used one here for a little table cloth for the tea cup. You might notice the vellum LOVE letters layered behind, those are from the new Sitting Gnomes Dies set. 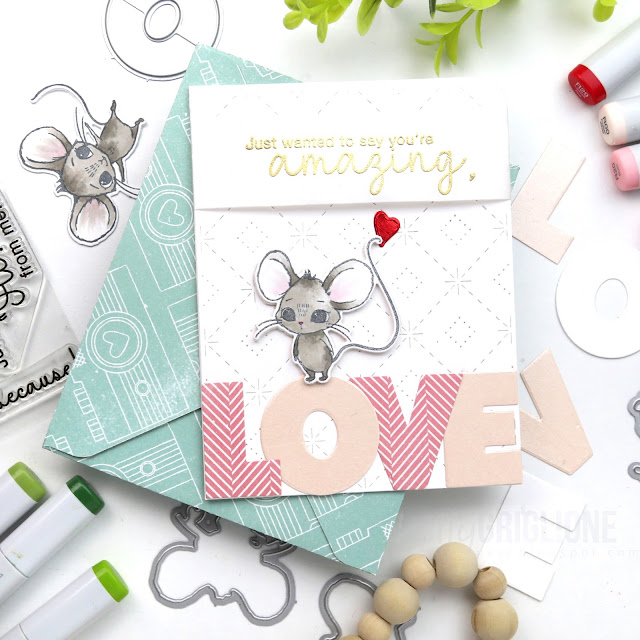 Here are those cute LOVE dies again. I "love" how they're just the right size to overlap a bit and span the entire card. I've used a different little mouse guy, who's holding a tiny heart on his tail (also included with the love dies). 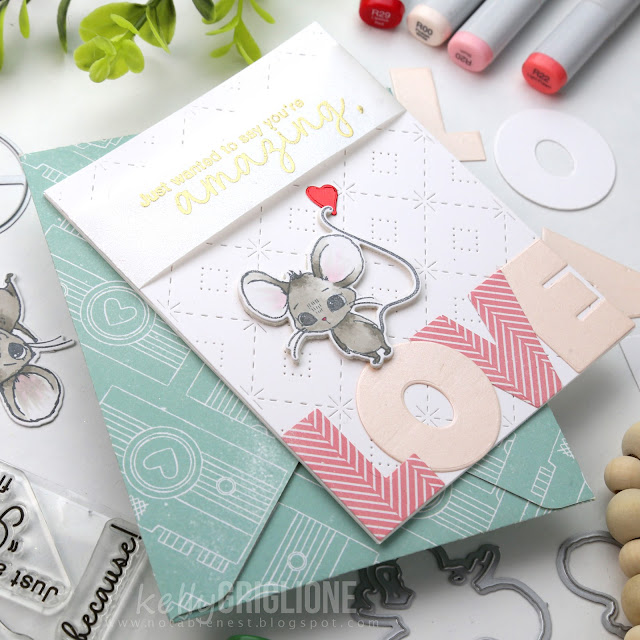 What's a release without a little giveaway? Each designer on the hop will be giving away $25 gift card to the shop. Just leave a comment along the way. Winners will be picked and announced February 15th. Good luck!

You may have initially come from the blog of Kassi Hulet, but if not, feel free to start at the beginning with Adrienne Kennedy CCC. I am now pleased to send you to Nichol Spohr who's got some wonderful projects to delight you with!

Thanks so much for stopping by!
Kelly

Supplies Used (affiliate links used, thanks so much!)