Hello Friends! Hard to believe it's time for another Anita Jeram Christmas release, seems like just a bit ago we were debuting last year's charming Christmas collection. This one, like last year's, has several adorable illustrations of woodland creatures caught spreading holiday joy. And many unique sentiments as well.

You may have come from the blog of Amy Young where you were just wowed with her amazing creations, but if not feel free to start at the beginning with Colorado Craft Company. The bunny from Hiding Presents thinks he's being clever hiding presents, but what happens when he forgets what he bought, or where he put it?! Well, thankfully, he's got a little mouse in the lower right to chat with and keeping an eye on things 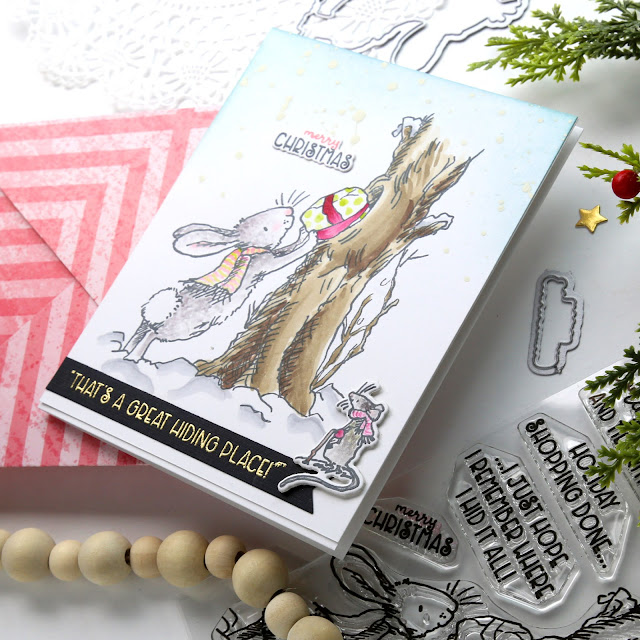 I cut extra dies of the little mouse and adhered them together so I can solidly pop him up. This also helps draw attention to him, and to what he's saying. 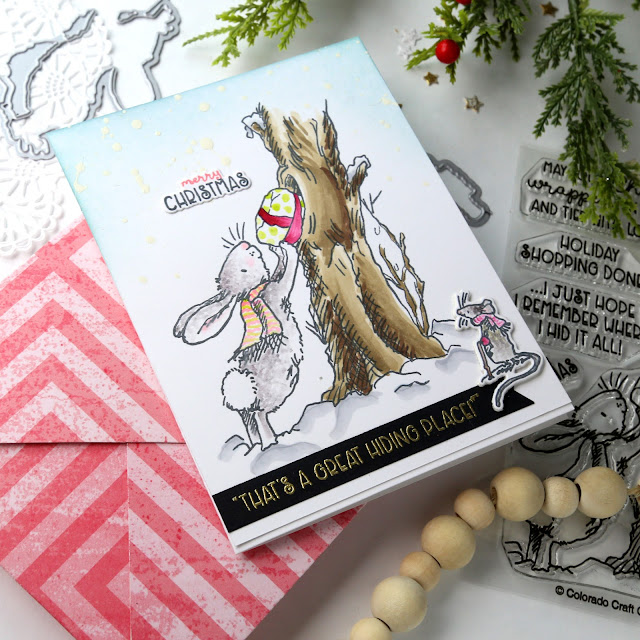 Such a cute scene! In addition, I appreciate that these sets often have sentiments with coordinating dies. Does anyone else have anxiety about stamping a sentiment directly to the card base after it's all finished? This way you don't have to! I love diecutting the sentiment, and then moving it around until I figure out what looks best. 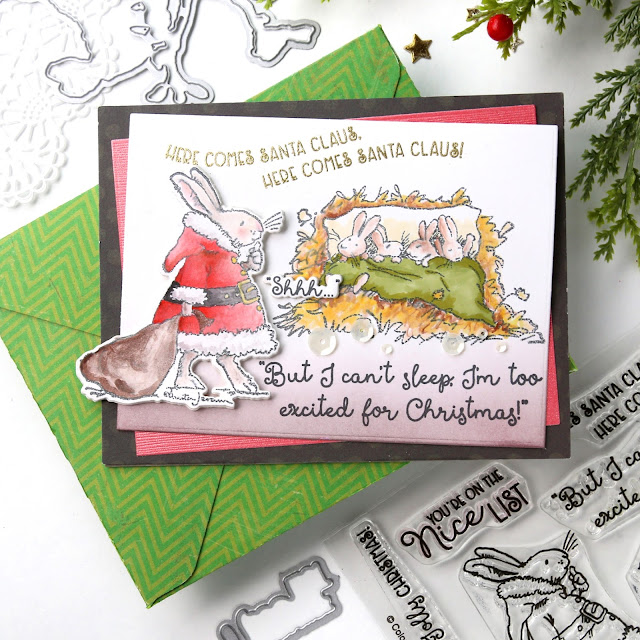 Santa Bunny is trying to quietly sneak around doing his thing, but wouldn't you know, one of the baby bunnies appears to have spotted him! Will he listen to Santa and keep quiet so he doesn't wake everyone else up? 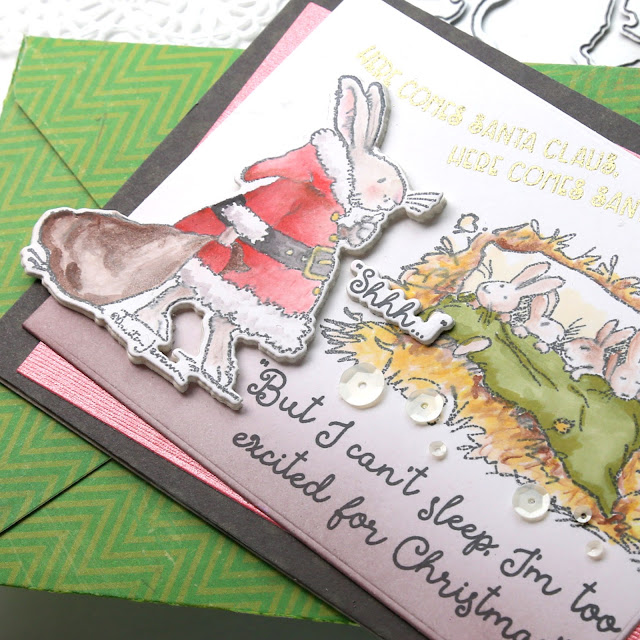 If he wants to stay on the Nice List, yes, the baby bunny will definitely stay quiet! Like the little mouse from the last card, I popped Santa Bunny up on a few layers of cardstock to make it seem like he's in the foreground, and the baby bunnies are back a bit. 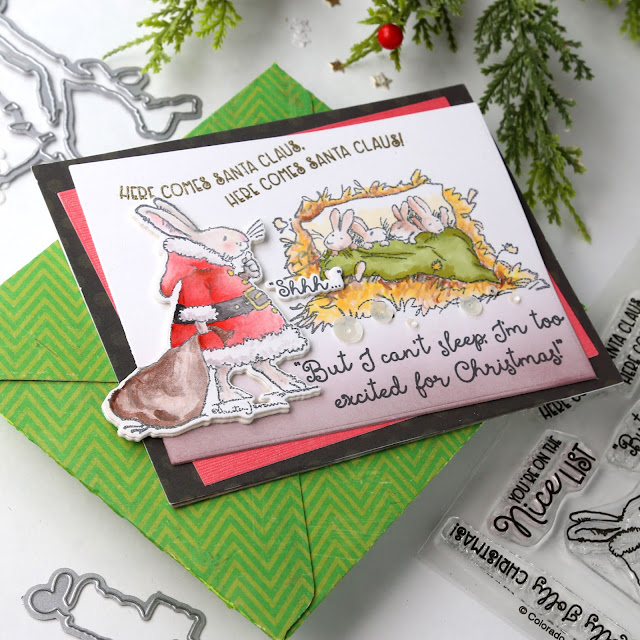 On this card I combined three of the sentiments from the set, but even still there are other sentiments included. I really like having lots to read on a card, and think it's nice to not always just say "Merry Christmsas." 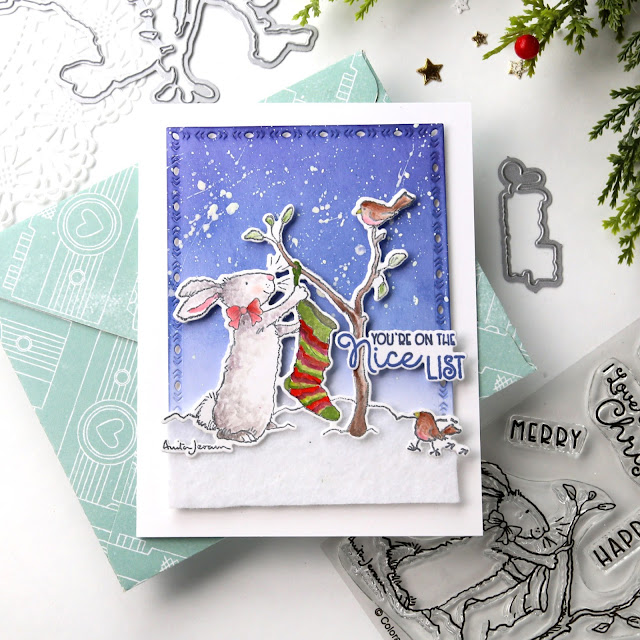 Getting Ready is so adorable, the little bunny getting ready for Christmas by hanging his stocking outside. With the stocking being as big as he is, I bet he's expecting a lot of presents. Good thing he's "on the nice list!" 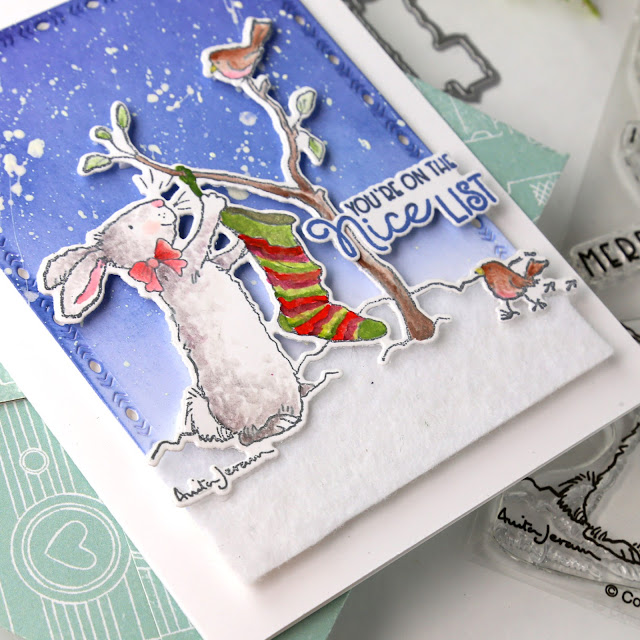 I went for texture and used white felt on the bottom for snow. To get the snow only below the die cut line, I die cut the actual felt, and then trimmed the bottom edges. 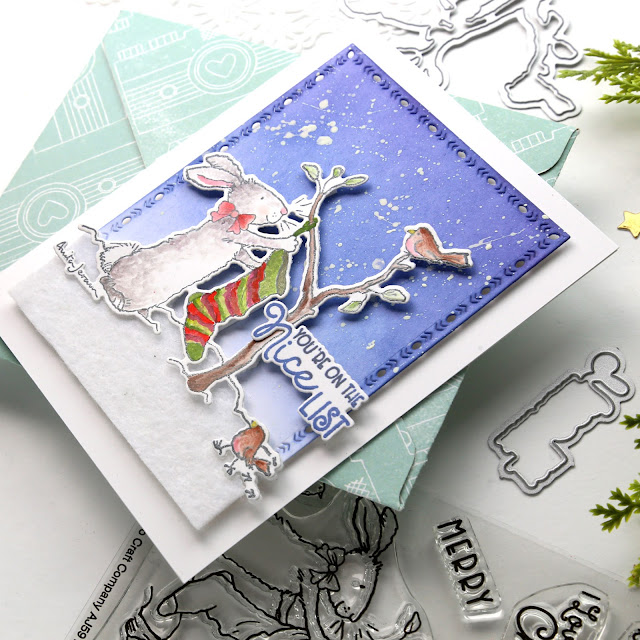 Another nice thing about the felt is that the thickness pops your die cut nice and high off the card base. I have foam tape to support the upper portion of the scene. Finally, I flicked some paint on the blended blue panel for a snowy day.

GIVEAWAY:
I'm happy to announce I'm able to give away one Hanging Stockings Mini stamp set! Please head over to my Instagram account to enter. It's super easy, just comment on my post, and follow my account and Colorado Craft Company. The giveaway ends on the 23rd at midnight mountain time. Winners will be announced on the Colorado Craft Company blog on the 25th of November. Good Luck!

It's time to send you on your way to see my friend Caly Person, who has amazing things to share with you!

Thanks for stopping by!
- Kelly