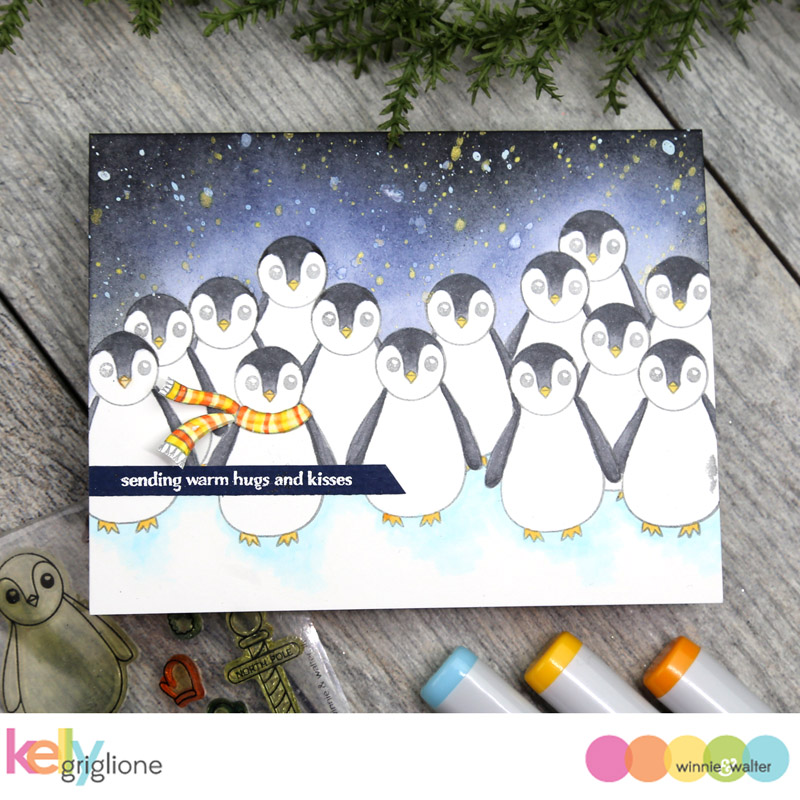 Hi Folks! Each month at Winnie & Walter we feature a previously released set and host a challenge (either with that set, or something that inspires you from the featured projects). This month we're featuring the smaller 3x4 Stampets: Penguin set. 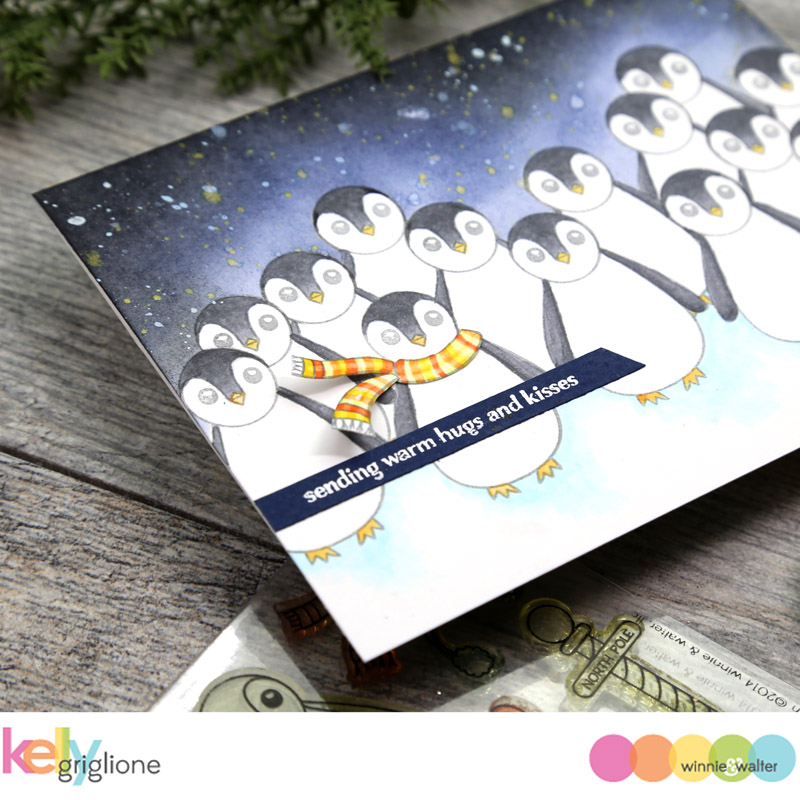 There's a bit of masking going on here, but for the extra time it took to do that, I saved more time with the black and white coloring. 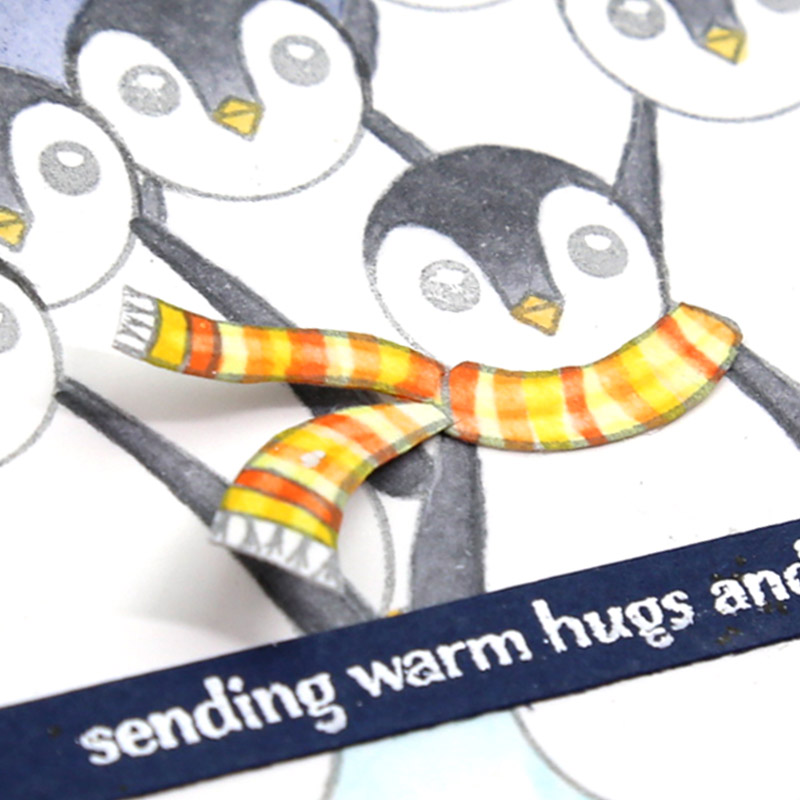 The only marker colors I really used was for the scarf. I decided to just cut the scarf out instead of masking it because 1) masking would have been more involved, 2) I could color the stripes outside the lines since I was cutting it out anyway, and 3) the ends of the scarf would be able to bend outwards. To make the scarf look a little more textured and real, I drew a few lines through the striped design with a colorless blending pen. 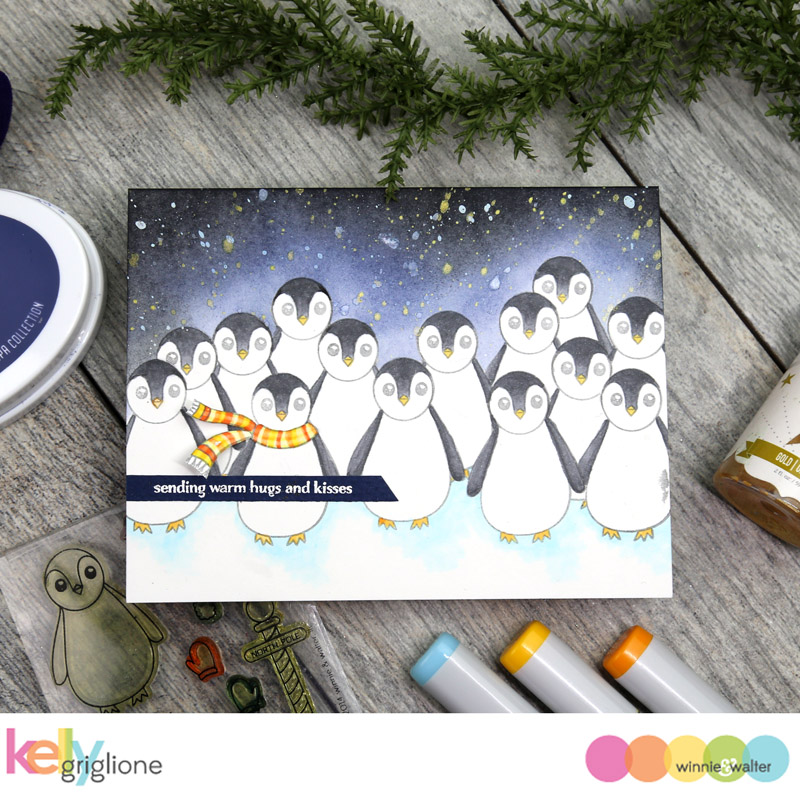 The background was blended with Catherine Pooler's Midnight and Juniper inks, and then flicked with some gold spray from Heidi Swapp and some watered down white paint. I had to cut a lot of heads to mask the penguins before I flicked paint on the background!

Instead of gray shadows, I used light blue shadows for them since they're on the ice.

Be sure to check out the Winnie & Walter blog for details on how to participate in the monthly rerun challenge, and win a $25 gift card. Also, don't forget that this set is currently on sale all month!

Thanks for looking!
-Kelly
Kelly Griglione at 8:00 AM
Share