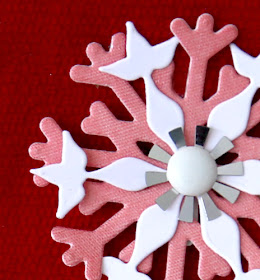 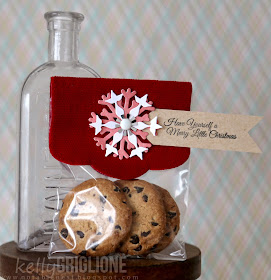 ... a treat topper! This topper is from a new die set called the Bubble Box Fri-Dies. When folded they make the perfectly sized treat topper. Some of the other marque dies I have that I've tried to use in this manner end up looking too skinny or too tall for a treat topper, but these dimensions are just tall enough to comfortably add embellishments (like the snowflakes). 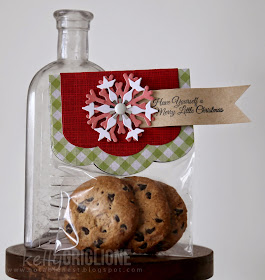 Here's another version using the two largest dies layered and folded over the treat bag. The sentiment is from Must Love Snowflakes. 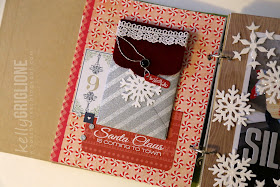 Here's the December Daily page you might have noticed opposite the one I featured in yesterday's post. The glitter paper has been folded into an envelope with the We R Memory Keepers envelope punch board, and the Bubble Box Fri-Die has been adhered to the top flap to fancy it up a bit. It's a safe holder for the boys' Christmas wish lists, addressed "to North Pole" as indicated by the tag. The Santa Claus sentiment is from Naughty or Nice. 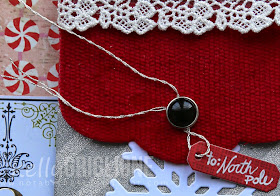 The velvet material got cut by the die in the first pass. I like all the different textures on this page ... the velvet, the lace, the glitter, the metallic thread, the shiny brad.

Stay tuned tomorrow for another die being released at CAS-ual Fridays. These dies are 15% off this weekend, so check them out if you're interested.

More inspiration waits for you with the rest of the CAS-ual Fridays Stamps Design Team:


Thanks for looking!
-Kelly
Kelly Griglione at 12:00 AM
Share