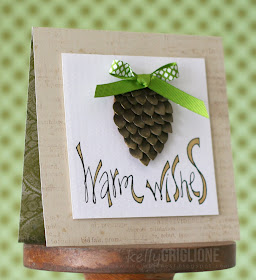 So far, we've got a wreath and a tree, now it's time for a pine cone ... all made with the CAS-ual Fridays 4 petal die. 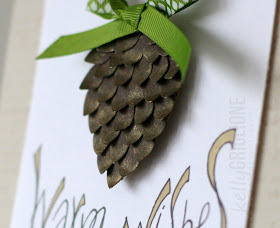 Like the other projects, this is made by simply tearing apart the petals from the 4 petal die and placing them individually on a sturdy surface (I used chipboard covered with adhesive). 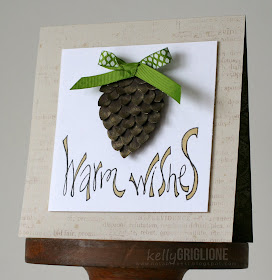 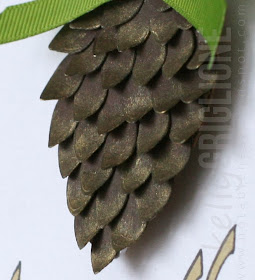 The "petals" all are bent and brushed with gold metallic ink, which makes them look even more dimensional since the light hits them at all different angles. 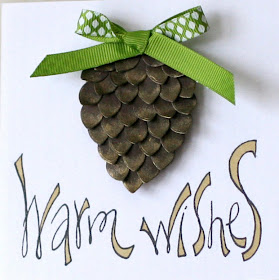 I know I've said this a lot, but since it's an open die, there's an extra ridge that is created. With the gold ink brushed on top, it really highlights that feature, just like a real pine cone. 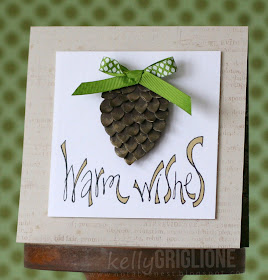 I hand-drew the sentiment and colored the letters in with alcohol markers. 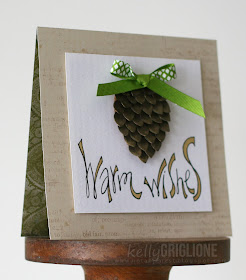 Double sided paper is from The Paper Company; printed ribbon from American Crafts.

I think this is my favorite 4 petal creation yet (out of 3 that's not really saying much, but I do really like how it turned out!) This card is also over at the CAS-ual Fridays Stamps blog today.


Thanks for looking!
-Kelly
Kelly Griglione at 6:00 AM
Share